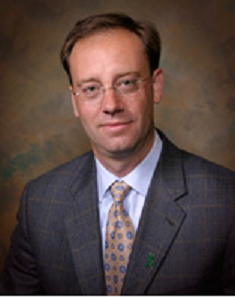 For the past 15 years, trial lawyer Robert Goldson has represented clients in St. Louis and throughout the surrounding areas, focusing his practice primarily on personal injury and workers’ compensation matters. Mr. Goldson has tried more than 20 cases to verdict over the course of his career, obtaining numerous settlements of several million dollars or more during that time. He has taken more than six disability cases in the Division of Workers’ Compensation to trial and won every case that went to a final award. Recently, he obtained a $2 million dollar judgment for the family of woman in a wrongful death case.

Mr. Goldson graduated from Washington University in St. Louis in 1994, and began trying cases to juries during his first year out of law school. Prior to establishing his own office in St. Louis more than ten years ago, he worked for two large law firms in St. Louis defending hospitals and large companies in medical malpractice, products liability, and trucking accident cases. This experience gives him insight into the tactics utilized by the defense side, knowledge that he now uses for the benefit of his clients when negotiating or litigating a case. To discuss the facts of your case with Mr. Goldson, contact Goldson Hoekel, LLC for a free initial consultation.